The Animal Farm 50th Anniversary Edition as a mass market paperback edition was published in 1996 by Signet. The latest version is from April 6, 2004 and contains 140 pages in the English language. The book can be bought here.

A summary of reviews for this book:

I could relate this book to many worldly times. It had an interesting plot that continued to build up on itself.

This little book has had an impact on me like no other book has!!!! I feel like something sleeping inside had been woken up!!! A MUST READ!!!

This was to be 50 anniversary edition…there was nothing special about the presentation…DON’T BUY!

Short, but a very good read.

CAPTURES YOUR ATTENTION FROM THE FIRST PAGE AND NEVER LET’S UP. 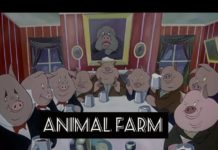 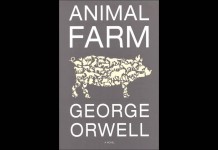 Animal Farm - All about the famous book by George Orwell